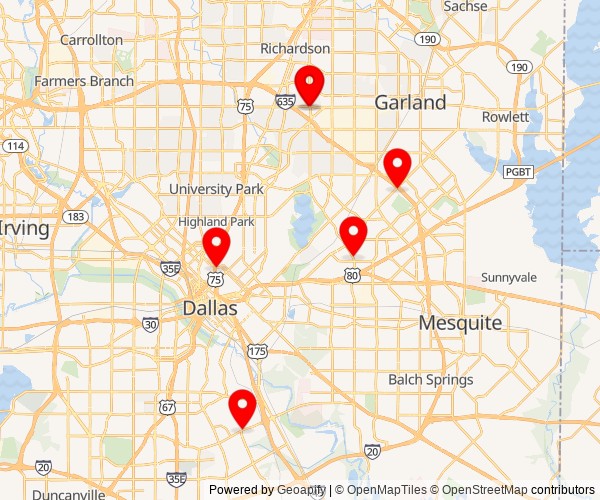 Dallas Police, partnered with Motorola and Safer Dallas, operate a live surveillance network throughout the city. Through this network, which also utilizes AI software, officers watch sections of the city in real time. The program began in fall 2019 with three cameras; in 2020, the police department added four more.

However, this isn't the only surveillance network that the city operates. As early as 2007, Dallas PD began erecting cameras in high-traffic areas. In all, there are at least 354 cameras that stream live to the Dallas Fusion Center (for more information on the Fusion Center, click here). We hope to map the locations of all these cameras; reach out if you are interested in helping! Along with the mounted cameras, DPD operates 9 mobile camera trailers. All of these cameras have mesh networking capabilities, provided by the company Firetide, which allows them to stay online by sharing network connections with one another. Below, the left column lists Starlight Camera locations. The right column has resources explaining the other camera network.

Arlington PD: Aquired three new police towers in 2019, equipped with FLIR thermal cameras that can be operated remotely. These are used primarily for events with large crowds, such as in parking lots at baseball games.

Fort Worth PD: Also discussed on the ALPR page, the Fort Worth police operate a network containing 63 solar-powered ALPR cameras along with 360 mounted security cameras. These feed footage to a Real Time Crime Center.